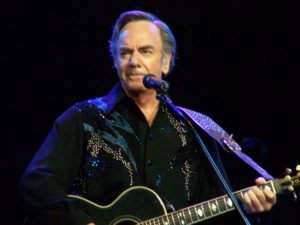 The Heartlight singer celebrated the 40th anniversary of his landmark album Hot August Night just a couple of years back. After doing an American tour in the summer of 2012, Diamond solidified his presence in the live arena and proved that he still has what it takes to rock. Despite getting a late induction into the Hall of Fame (at the age of 70), Neil Diamond has proven time and again that age is just a mental state.