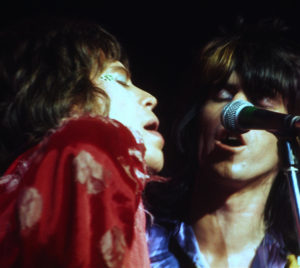 The Rolling Stones just keep on rolling. The two lead men of the group, Mick Jagger and Keith Richards, are still pumping it out on the road. Like fine whiskey, it sometimes seems like these gnarly rockers just get stronger with age. Richards’ Netflix documentary sheds some light on the life of the rockers and what they have accomplished so far. It seems there is no stopping these bad boys, even into their old age.