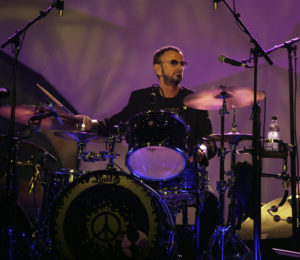 Ringo Starr launched his solo career after the dramatic breakup of The Beatles. Fans were devastated when the famous foursome split up in 1970 after Lennon decided to strike out on his own in 1969 and McCartney announced the breakup the next year. McCartney and Lennon launched infamous new careers while George Harrison and Ringo Starr were more “quiet” about their switch to solo music. While Ringo Starr didn’t have the same commercial success, the iconic drummer was a huge influence on other drummers and released several successful solo albums. He still tours with his All-Star Band.