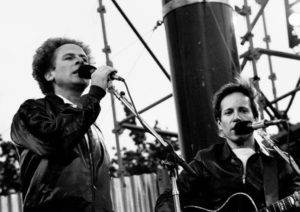 There’s no way we could have mentioned Simon & Garfunkel, separately because both of their careers are so intertwined. To be fair, these musicians had a relatively short career together, and they recorded only five studio albums. Even though their last album released in 1970, they have managed to remain relevant still to this day. People still instantly associate one with the other. Still, their solo endeavors were success stories, and they still continue to make occasional appearances on stage and at festivals.