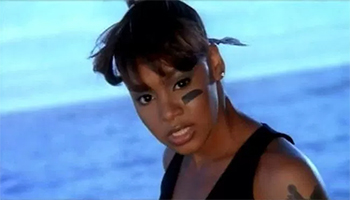 In a 2002 VH1 documentary called, “Last Day with Left Eye” she admitted to battling with alcoholism. She even said she became a whole different person when she drank and named the different person, Nikki.

1, The Real Housewives of Atanta star, Kandie Burruss wrote the song, ‘No Scrubs’

Before joining the rest of the ladies on the Real Housewives of Atlanta, Kandie Burruss helped write the song, “No Scrubs” with producer Kevin Briggs. Briggs worked as an in-house producer at LaFace records and actually wrote the song but Kandie and Tameka Cottle changed the lyrics to it. Kandie also wrote “Bills Bills Bills” for Beyonce with Briggs.

These are just a few things you might not have known about TLC. Do you know anything else about the group?