It’s April 3rd, 2016 and Johnny Reid is about to take the stage in St. John’s Newfoundland. He meets Brenda Lake at a meet and greet prior to this second to last show on his ‘What Love is All About Tour’. Brenda is a cancer patient that has been waiting a lifetime to attend a Johnny Reid concert. Her daughter finagled the meet and greet, which made the concert experience that much more special. Little did she know this was only the beginning of a night full of surprises. Brenda’s story had touched Johnny Reid and he planned to thank her later. He did so by calling her up on stage and serenading her with his latest hit “What Love is All About”, leaving Brenda speechless. Brenda later said she was surprised as she didn’t realize she had made an impression on Johnny. But she did, and he later told her that she made an impact on his life and she helped him see life in a different way.

It’s evident through this and other acts of kindness by Johnny Reid that he is deeply connected to his loyal fan base. It also seems that good things happen to good people. 2016 is turning out to be an amazing year for Johnny Reid. He won the JUNO for 2016 Adult Contemporary Album of the Year, the night before he invited Brenda on stage and performed the last show of the biggest tour in Canadian history the night after the special serenade. 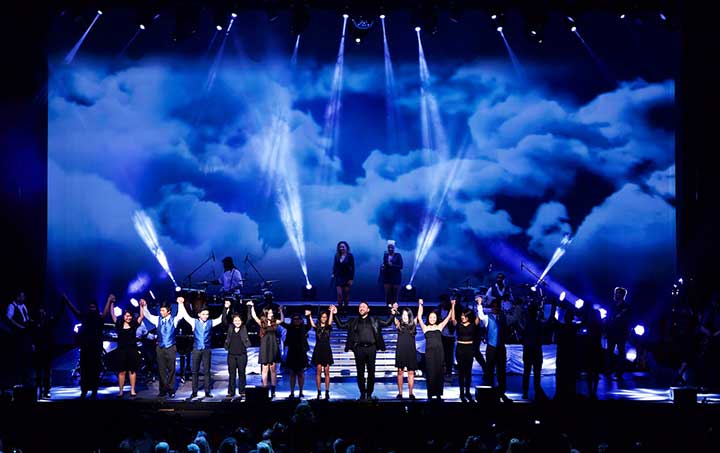 With a whopping 47 concerts, Johnny Reid’s ‘What Love is All About Tour’ is being called the biggest Canadian concert tour by the sheer number of shows performed in the 2-month span. From Vancouver to St. John’s, and a myriad of cities in between, no other Canadian artist has completed a tour as long or as inclusive as Johnny Reid. With attendance numbers well over 140k, Johnny’s tour is anticipated to surpass the 125k estimated to attend the ‘#HelloWorld Tour’ headlined by Canadian darlings Hedley.

How does one successfully book 47 shows across Canada? Well, starting by making music that people like definitely helps. Sarcasm aside, Johnny Reid got it right. With more than 10 years on the music scene, the popularity of his music is undeniable. Johnny Reid has amassed album sales of over 1.4 million units since the beginning of his career. He has a loyal Tartan Army fan base that has kept coming back for his music over the course of 8 album releases. This is because his brand of adult contemporary has a dynamic blue collar every man feel and his lyrics speak to the working class hero. Add to this, production value from Canada’s top music producers like Bob Ezrin (Lou Reed, KISS, Pink Floyd) and you have a recipe for the kind of mass appeal that adult contemporary music is known for.

Even with a sound that has been compared to Bob Seger, Bruce Springsteen, and Rod Stewart, Johnny Reid has benefitted from more than the quality of his music on this tour. Strategy has played a big role in his ability to complete 47 shows across Canada. In fact, Johnny Reid has taken control of his own management through his Johnny Mac Entertainment company. The company partnered with concert promoting veterans Ron Sakamoto and Vinny Cinquemani from Feldman Agency 18 months prior to announcing the tour. Part of their strategy included leaving room in their calendar to book multiple dates in certain cities. This proved effective in many cities where multiple shows were sold out and new dates had to be added. In fact, Johnny sold out not two but three nights at Winnipeg’s Club Regent Casino within a day. They complimented this strategy by splitting markets. This meant shows were booked in neighboring cities within certain regions. For example, in the western Greater Toronto Area, multiple nights are typically booked in Hamilton. However, Johnny opted to perform in Hamilton and nearby St. Catharines in order to get closer to more fans. While the production cost of this strategy was higher, the ability to attract a bigger audience was worth it. 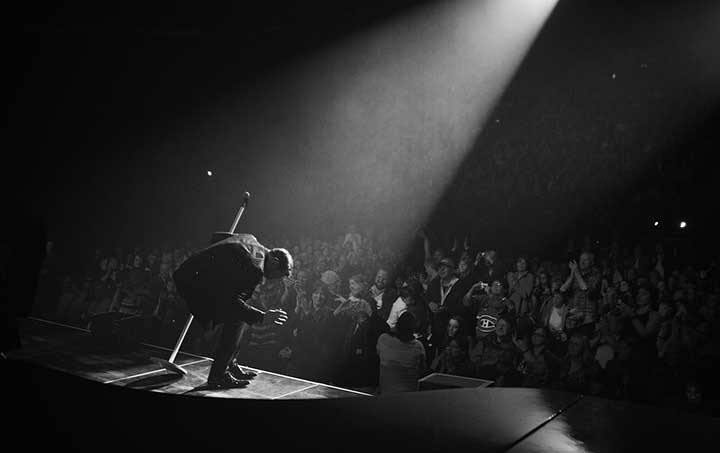 While it is clear that the ‘What Love Is All About Tour’ kept Johnny Reid busy for the first quarter of 2016, he is showing no signs of slowing down. He is already at work on his next musical project which will bring him to the US and UK while his next Canadian tour will likely be in the spring of 2018.